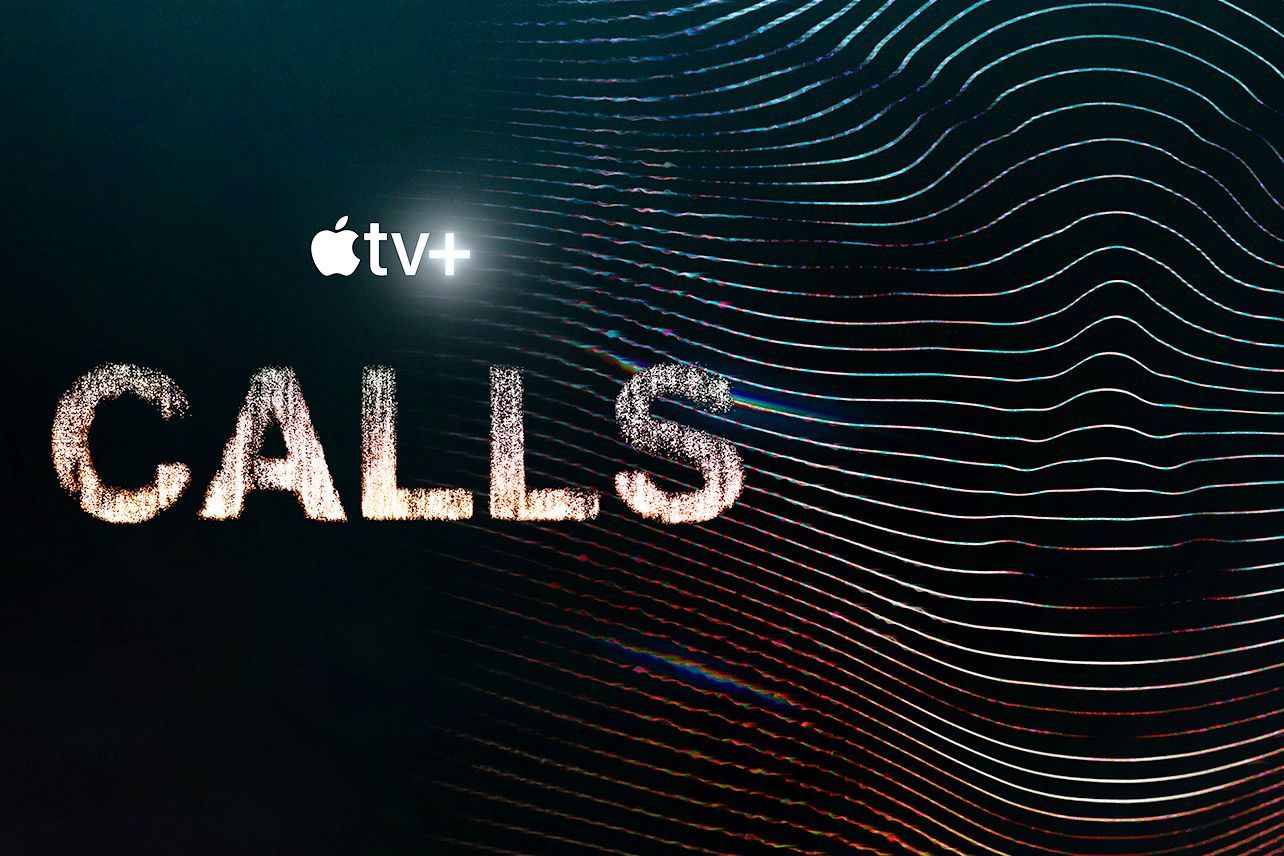 The new series Calls landed on Apple TV+ recently. I had seen the trailer, was slightly intrigued, and figured I’d give it a shot.

I almost, almost, gave up on this show after the first episode. It was a short (well they’re all relatively “short” so there’s that.) phone call (hence the name) between two people separated by a country… But then things start to get weird, strange creepy stalking strangers, calls from the future and/or past….

I’m just like “eeehhhhhhh, OK, I dunno….” But I continued. Then I saw the third, and you know what? I was in.

Calls gives us nine episodes, revolving around phone calls with people. In all of them, there’s a common thread that is the story. They wind up in some combination of talking to people from the future and/or the past, with strange time effects happening, like the guy who keeps getting further and further behind in time with every call. Then people start dying. Their faces melt off, and all their bones break… Until the last few episodes, where we find out that this is all related to some weird government experiment involving time manipulation and its up to the person who started it to stop it…

… it actually didn’t turn out terribly bad, not gonna lie.

All through the entire series, though, I couldn’t help but sit watching this on my big 65″ 4K LCD TV…. with the 1938 RCA Tube radio I restored sitting not far away (which is fun listening to the original War of the Worlds broadcast on, NGL), going, “hmm. this seems familiar, doesn’t it?” Yeah, I mean we’ve basically come full circle with a show like this. If you remove the video of this show, the lines and frequency plots and sound waves… its just an old-fashioned “Radio Drama” isn’t it? And that’s cool, I guess. I imagine this would have (if it isn’t already, I literally don’t know) made a decent podcast or something. “Everything old is new again” or whatever I suppose.

But if you do watch Calls, do it when you have access to a decent surround sound setup. Holy crap, some of the technical shit going on with the surround sound in these clips is just amazing. More than once I had to hit pause, because I seriously thought there was something in the house making noises I didn’t recognize. But, nooooo, it was just the audio in the show. The directional effects in some of these episodes are just trippy AF, and the left/right and even front/rear separation in the “calls” really separates this from your average podcast. Without that, it would have been just another lame podcast to me.

Visually, well, its very reminiscent of the old winamp sound visualization plugin type of thing. Just audio waveforms bouncing around, with lines and dots to represent the “players” and their relationships and conversations. You could just shut your eyes and listen, to be honest, and you wouldn’t be missing much.

There’s a lot of big names at work here, too. Karen Gillan, Pedro Pascal, Rosario Dawson, Aubrey Plaza…. names you may not necessarily recognize the voices if it weren’t for the face, but they’re in there. I’m not going to be glowing over their performances. This is, when you boil it down, just a radio drama, and the “acting” reflects that. Yeah, its a little strange, the things that have to be spelled out, because you can’t see them, but that’s part of the game. It forces us, the viewers, to decide what these stories actually look like in our head. Something that often is far scarier than anything actually put to film.

In the end, I finished the 9th episode, and was like “huh. how about that?” and realized that yeah, I actually did like it, despite my initial hesitation. You’ll also learn how each of the 9 episodes is connected and how each fits into the “big picture.” Because honestly a few times you’re just left going “well that was interesting, but what?”

I’m going to give Calls a 3.6 / 5. If for no other reason than somebody combined 1930’s radio drama with 21st century sound field mapping and created something pretty interesting. Watch it (listen mainly) on a decent surround sound setup and you’ll see what I mean.