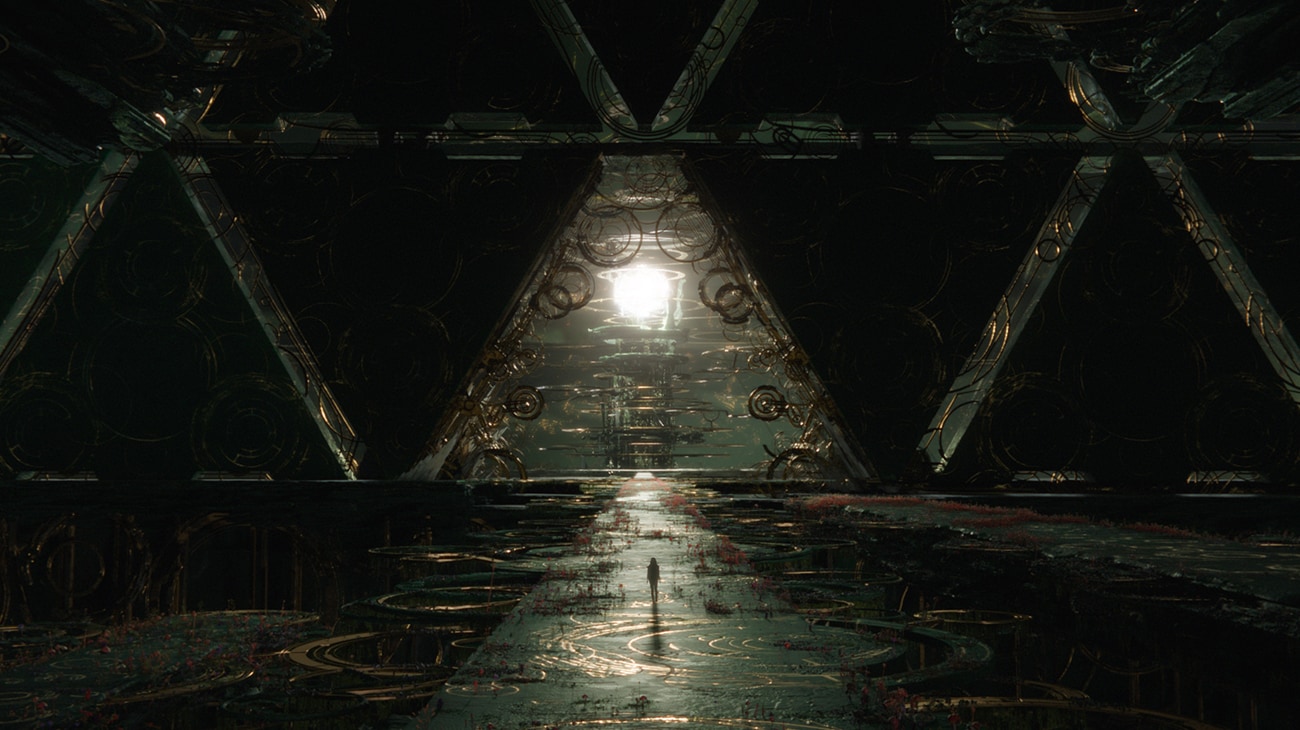 I managed to avoid any spoilers for the latest foray into the Marvel Cinematic Universe, Eternals. (Note its not The Eternals, just Eternals…) And I’m really glad I did.

Although it was impossible to drown out the noise from the “durr its w0kE n stuff hurr” crowd trying to review-bomb the thing into oblivion. More on that later.

Trouble is, I had to think long and hard about how to review this without giving away huge spoilers as to the events in the movie. Events that I didn’t see coming, and that made it so, so much better.

See, the celestial Arishem sent the Eternals to Earth to watch over humanity and protect them from the Deviants. The Deviants are all genetically altered monsters (in this case) that are out to destroy the Eternals so they can just eat all the humans. That was something like seven thousand years ago, so they’ve been here a long time.

And yeah, they were instructed not to interfere in any human conflicts, including those involving also-deviant-kinda-sorta Thanos. I guess if Tony failed then they’d have to swoop in and save the day or something, I didn’t really get how that was supposed to have worked. But anyway.

From the get-go, its clear that this merry band of would-be gods is modeled kinda-sorta after the gods of Greco-Roman mythology, with other characters from other cultures making appearances.

So yeah. Um. That’s really about all I can tell you about Eternals the movie without completely ruining the plot twists and events that tell the story. Sorry.

But honestly, I actually enjoyed Eternals. It was a little slow and it took quite a bit of time trying to cram all this back story and character development into such a short space. Once we actually got to the real plot, it became clearer how Eternals will fit into the MCU. Speaking of which, there wasn’t any great cameo from the MCU to be found. Not a one that I noticed. Which when you really think about it, is kind of strange. I mean you think they’d notice big delta-wing spacecraft buzzing around, and a couple of giant… oh yeah, no spoilers! Send Carol or Rhoades or someone to check it out, right? Nooooo. I guess we can retcon that somehow, but whatever.

It doesn’t really matter. Maybe I should just relax. Because what Eternals manages to do is take the MCU into a slightly different direction. This movie isn’t exactly cut from the same cloth as the rest. The villain is totally not who you’d expect it to be. OK, sure, Kevin’s pulled that card a few times already, I know, but trust me, the first time through you’ll be like, “oh. oh, my.” and then again later… Just trust me.

Eternals is sort of the Bullfinch’s Mythology of the MCU. Homer’s Iliad and Odyssey. If you’ve ever read those, you’ll know what a slog they can be. Just so full of raw information, names, places, etc. That’s what’s going on here. We’re introducing an entire pantheon of new intergalatic elements into the mix. Even the events of the film, if you know your various mythologies, have a certain parallel to some myths. The obvious Ikaris == Icarus being one of them.

Keeping track of all the Eternals can be a chore, too. The Avengers managed to work with so many different characters because they were introduced slowly, over time, until we had like 40 hours and 20 movies or more. But here we introduce no less than thirteen different characters, all with different abilities, and backstories…. We really only get a glimpse into a few of them.

I wondered if Eternals was maybe supposed to be a series on Disney+ but somebody convinced somebody else that we needed this “intergalactic primer” to jump-start us into Phase 4. I don’t know. It seems a little overwhelming, and like I said, it is a little slow.

But those actors for the most part did a great job… given what they had to work with. The writing at times seems really clumsy and stilted. You’d think having been around so long, they’d have a good grasp at the nuances of speaking like a native, but hell what do I know. Angelina Jolie continues to exude some kind of weird arrogance that makes me always hate her, don’t know what it is.

I understand that some liberties were taken between the comic book pages and the silver screen. You know what? I’m OK with that. Deal with it fanboys. Some of us haven’t spent hours upon hours memorizing countless different story lines and how they played out over the last 40 years or whatever. The MCU is what it is, and that is just a little smidgin of the stories that have graced Marvel comics over the years, adapted for the big screen.

OK, so like I said the biggest complaints I saw about the movie were…

Eternals is no more “woke” or whatever than literally anything else. God forbid you see a couple guys kiss on screen. Show me on the doll where the movie touched you. Because I didn’t see anything to elicit such responses. Look, its 2021, take your head out of 1959 or whatever year you think it should be and take a good look around.

It’s literally like 5 seconds and its over. Apart from the obviously diverse team (which is par for the course everywhere, suck it up, snowflake) I didn’t see much to complain about.

Not gonna lie, Eternals is a little different than what we’re used to seeing from the MCU, and I’m ok with that. You’re still getting a healthy dose of comic book superhero wholesomeness, a little “be the best version of yourself” throughout, and a good dollup of that MCU “hey its just a comic book movie, chill TFO.”

I’ll give Eternals a 3.8/5 … I liked it. I think it needed to “go deeper” but this is the MCU so hopefully there’s more to come. I thought the sudden introduction of so many new characters was a little overwhelming and we tried to cram an entire series or 2-3 movies into one here.

Next page is about the credits scenes…. you’ve been warned.