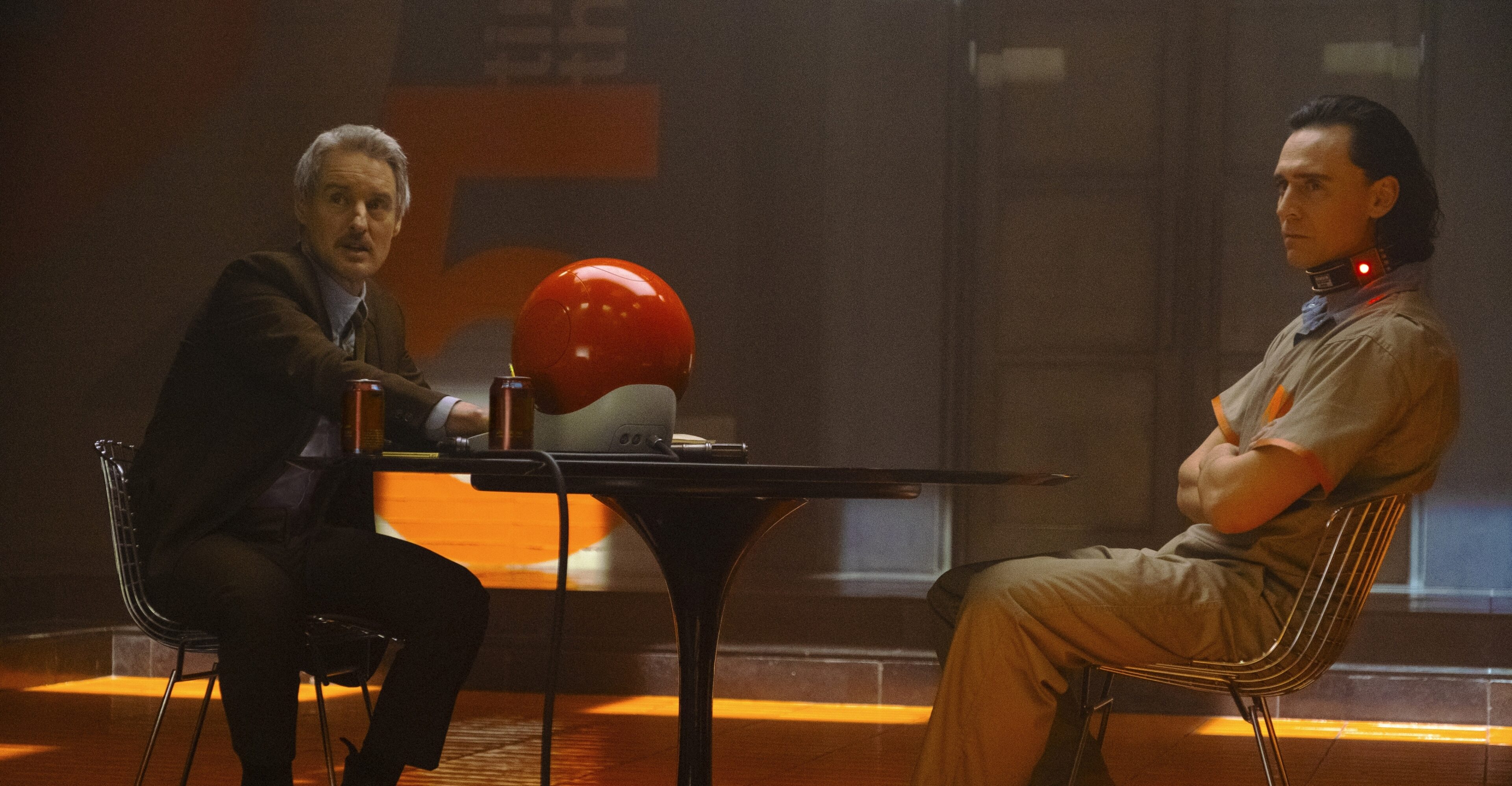 The new Marvel series on Disney+, Loki, debuted this morning. And I just have to say…

Where WandaVision might’ve given us a tiny sliver of what’s to come in the MCU, and The Falcon and The Winter Soldier showed us what’s up on Earth right now…. Loki is basically throwing us into the deep end of the MCU Phase 4. If you’re not paying attention, you might be lost.

So catch up time. If you haven’t seen The Avengers: Endgame, then quite frankly none of this will make any sense to you at all. Don’t even ask me to summarize 10 years and like 20+ films into one paragraph. The Avengers went back in time to get the Tesseract from 2012, they botched it, and 2012 Loki (Tom Hiddleston) and 2012 Tesseract disappear in a puff of smoke.

Directly after, Loki finds himself in Mongolia, but not for long before agents of the TVA (Time Variance Authority) come and apprehend him.

He’s taken back to TVA headquarters, given the Cliff Notes 1950’s Cartoon version of what the TVA is all about, and then given over to TVA Agent Mobius (Owen Wilson) for a special project.

But not before being given the “This is your life” routine. I mean we knew it was coming, right? First episode and all. We have to get caught up and get everyone on the same page, that’s fair.

But did you catch all of the OMG WAIT WHAT moments here?

First off, lets just get this one out of the way right now. The Timekeepers. The Timekeepers are these 3 “celestial beings” (cough can I just say it Eternals cough) that observe (hey wait) and control the flow of time, and the TVA exists to effectively police the “Sacred Timeline” and make sure any loose ends are tied up. But wait did you say three celestial beings that monitor the timeline? Ring any bells anyone?

Yeah. I swear to god those multiple pre/mid/after credit scenes from GG2 are just gonna slap us in the face for Phase 4, aren’t they? The big gold sarcophagus is next, mark my words….

Now, its revealed that Mobius needs Loki to go after, well, Loki. I guess another version of Loki is off causing havoc with time and we need this Loki to stop it. OK, that seems fair I guess. We even end the episode with an incident in 1858 in Salina, Oklahoma. Which just happens to be about 20 minutes away from me and where my wife graduated high school. Unfortunately that one didn’t go anywhere, maybe in the next episode we’ll see more of it. I’ve been told (by said former resident) that it was the first Pioneer settlement here, so hey, history and stuff.

But a point of complaint if I might. I was so hoping that the “D.B. Cooper” story that was teased to us in the trailers wasn’t just a 30 second throwaway in this episode, and maybe we’ll see more of that. I was kind of hoping for a story there, and more like it where we see “Weird and Unexplained Events” and it was Loki the whole time…

I also really dig the aesthetic of the TVA HQ. It’s like if Gilliam’s Brazil, The Prisoner, and FX’s Legion had a baby born in 1959 and we’re seeing it in 1972 or something. Down to the Orangy-Gold lighting, overuse of circles and polka dots, and the whole “retro future” thing. I love it.

Yeah, I know, its only one episode in, and its a typical pilot in that its only setting us up for what’s to come, but man. You guys did it.

Again, these first looks aren’t final ratings, and I won’t give one until its said and done, but I see so much potential here.

Oh, and the French kid pointing at the stained glass window of the devil… I’m not gonna say it, because we’re gonna get beat over the head with it. Tie the big M in with WandaVision and Agatha and…

Depending on how episode 2 is, I may or may not be doing a weekly on this. Stay tuned I guess.