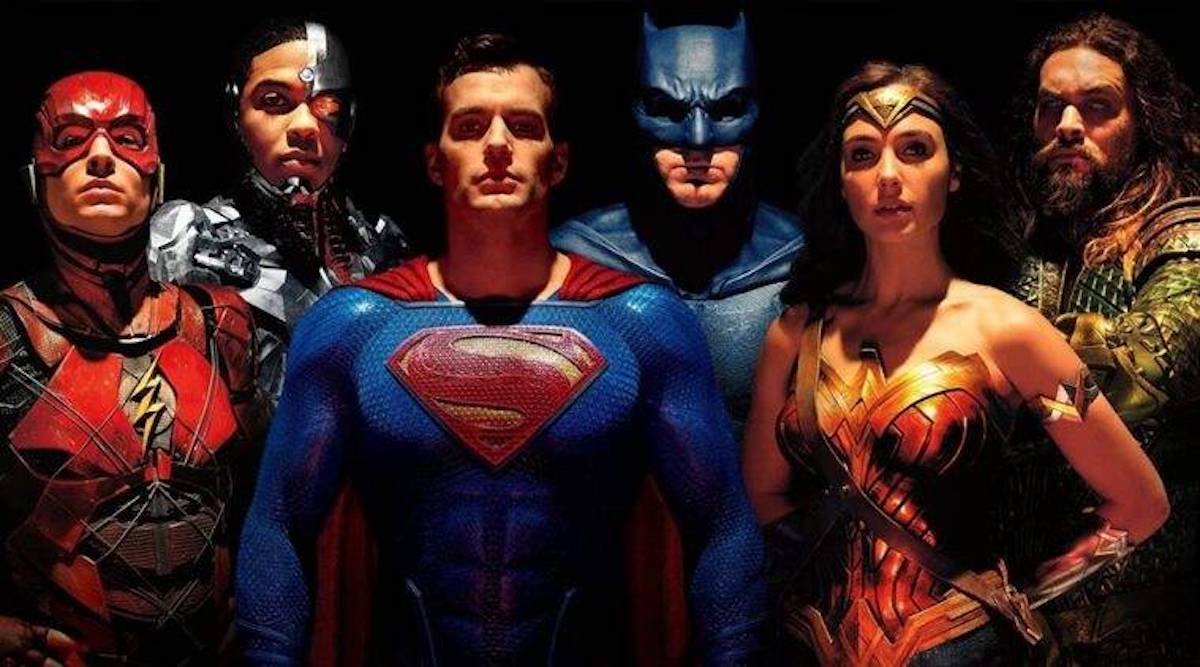 With “The Snyder Cut” of Justice League coming out in less than a week (March 18th, 2021) I figured it would be a good time to revisit the 2017 version of the movie. You know, the one where Joss Whedon was brought in to “fix” what director Zack Snyder started, because the studio didn’t like the direction it was going, etc. etc.

I imagine the studio execs’ conversation going something like this:

“Hey, did you see what Marvel and Disney are doing with The Avengers? We should do something like that with our DC characters.”

“How about the guy who actually did the first two Avengers movies?”

And what you get is a “We already have The Avengers at home” knockoff that succeeds in some respects, and fails miserably in others.

So the plot revolves around these three cubes of power. They’re like infinity stones and the all-spark rolled into one, and if you get them all together, you can unleash a terrible power…

…which is what Steppenwolf, the big bad of this movie, plans to do.

Meanwhile, in Gotham city, Batman-slash-Bruce Wayne (Ben Affleck) deduces something is up after killing one of Steppenwolf’s scout bug things, and decides “hey we’re gonna need a bigger boat.”

So he sets out to enlist the help of Wonder Woman (Gal Gadot), Aquaman (Jason Momoa), The Flash (Ezra Miller) and Cyborg (Ray Fisher). They quickly realize they’re outmatched, and come up with a plan to use the remaining cube…

(oh yeah, did I mention that Steppenwolf has already (and conveniently) stolen two of the cubes from the Amazons and the Atlantians? Yeah, that’s kind of important.)

… to resurrect Superman (Henry Cavill), you know, the one Batman had to kill in the last movie, the one with the cave troll? Bruce drags Clark’s “mom”, Martha (Diane Lane) and Lois Lane (Amy Adams) in to chill our Kryptonian TF out.

That goes about as expected, but ol’ Supes comes around and the gang’s all together again.

“Uh, hey, is anyone watching the cube?”

Yeah, they literally leave the thing lying on a car while they’re trying to get the newly resurrected Superman under control, and Steppenwolf just swoops in and picks it up. Not making that up. They literally just forgot about the last of these cubes of infinite power that can destroy the universe.

So what’s left to do, except come up with a plan to stop Steppenwolf from completing his task, right? They pull some convenient plot strings and jet across the world to a melted down nuclear reactor in Russia, that Steppenwolf is using as his HQ to combine the cubes. Giant battle scene full of super powers and stuff ensues, and our heroes prevail.

I mean, on the surface you’re like “What’s the problem?” It sounds like this should be a cut-and-dried winner, yes? Well, I remember watching in the theater and coming out saying something like “that wasn’t that good.”

Not forgetting about the incident with the last cube. I mean, HEY GUYS WHERES THE CUBE OH SHIT I FORGOT? You just go, “What? Come on!”

Then lets talk about the writing. I honestly don’t know how much of this was Whedon and how much was Snyder, but Aquaman’s and Cyborg’s lines half the time are just awful. Lots of “booyahs” and “yeehaws” and my favorite “my man!” The word “cringeworthy” comes to mind. There are quite frankly a lot of these cringeworthy one-liners. Look, guys, the 90s are over and done, lets move on.

A few scenes are just so jarringly out of place that I just don’t even. The whole “Aquaman drinks a bottle of Jack in slomo” scene with the rock and roll backing track especially. Just, WTF is that supposed to be, besides a bit of eye candy for the ladies? Can you be any more obvious? There’s a few more moments like that, where you’re just “huh?” but I can’t be fucked to remember them ATM.

Then there’s the attempts to lighten the mood from previous movies, that were just plain dark and moody, I guess they figured they’d try. “What is brunch?” God, that line is so forced and out of place and makes me wince every time. I get you’re trying to make Barry Allen out to be a bit of a fumbling mess, but damn, “What is brunch?” is the best you can come up with? You either make the picture dark and oh-so-serious, like you’ve already set a precedent for… Or you shoot a comic book movie that knows its a comic book movie and doesn’t take itself too seriously at all (most of the MCU.)

Every time I see this movie (which I’ll admit has only been a handful of times) I just think that the old dudes in the boardroom at Warner Brothers saw what Marvel was doing, and just wanted to copy it. They hired Snyder to make them a “blockbuster” of a super hero team movie, saw what he was doing and went “no not like that!” slapped his hand and “fixed it.” At least from where they were sitting.

Wonder Woman had just come out that summer, so they’d started the ball rolling with respect to getting those origin stories out there, and putting out enough to keep the DC universe in people’s minds… But you have NO Flash origin story, very little of Cyborg’s story. I mean you just had the Nolan “Dark Knight” trilogy, not to mention BvS and Man of Steel. Nolan’s films set the tone for what was to come, I think, and they went all in on it. But then, they just stopped. Until last December’s Wonder Woman 1984, has there been any other DC movies. Well, besides Suicide Squad, but that was the year prior and which I honestly would like to forget. [Also see “WB studio execs see Deadpool, decide they need one of those, too.”] They’re obviously trying to set up a “Superfriends” type of scenario with the Justice League vs. the Hall of Doom, if you watch the after-credits scene with Lex Luthor and Deathtroke. So what happened, guys? Oh, that’s right, you just wanted to copy Marvel, but you really didn’t have a plan….

Then there’s the effects. I don’t know what it is about these DC movies, but the CGI in them just doesn’t feel right. Parts of it are really good, but there’s always a little part of me that’s like “what’s wrong with this?” We can do so much better than this, guys.

Don’t even get me started on the infamous “upper lip” reshoots involving Cavill’s mustache. I mean, the very first scene in Justice League you’re just like “WTF is wrong with his face?”

Oh, and did you catch the scene where Aquaman “surfs” his way out of the sky and slides to a halt after falling through a building? Did it look familiar to you? Yeah, much like the Cave Troll / Doomsday sequence from BvS, They literally recycled the “Legolas surfs down the Oliphant” CGI sequence from Return of the King. I mean, how fucking lazy can you get?

Oh, and I still feel awful for a triple-A talent like Jeremy Irons being completely wasted as Alfred in this picture. I feel bad for him.

Now, I’m going to admit right now that I have NO idea what Snyder is going to do with his four-hour long multi-chapter edition of Justice League. I still think its going to be a pretentious load of crap, what with the 4:3 formatting and the black and white version, that I think is actually Snyder’s true “vision” of what he wanted. A throwback to the 1940’s or 1950’s and DC’s “Golden Age” or whatever. And I honestly have no idea how he’s going to reshape this to include Darkseid and whatever plot that entails. I mean I see the posts on my Facebook feed, but I’m intentionally NOT reading up on every little thing. I want to have some surprises when I watch it. And I am going to watch it, because I want to see 1) if it’s actually going to be a pretentious load of crap or not and 2) what the original vision might have been, even if this cut isn’t really going to be that. He’s had a few years to think about it, and I’m sure this is not going to be what he’d originally planned, but rather “how much stuff can we cram in here.”

I’m gonna give “The Whedon Cut” of Justice League a 2.7 out of 5. It feels like I’m starting to get inconsistent with the ratings, but there’s this “happy middle” that a lot of stuff falls into. Neither total crap or totally mind-blowing amazing, and this is no exception. Justice League leaves me feeling like I just watched a ho-hum average movie. Hopefully I’m wrong about The Snyder Cut and I’m completely blown away. We shall see.