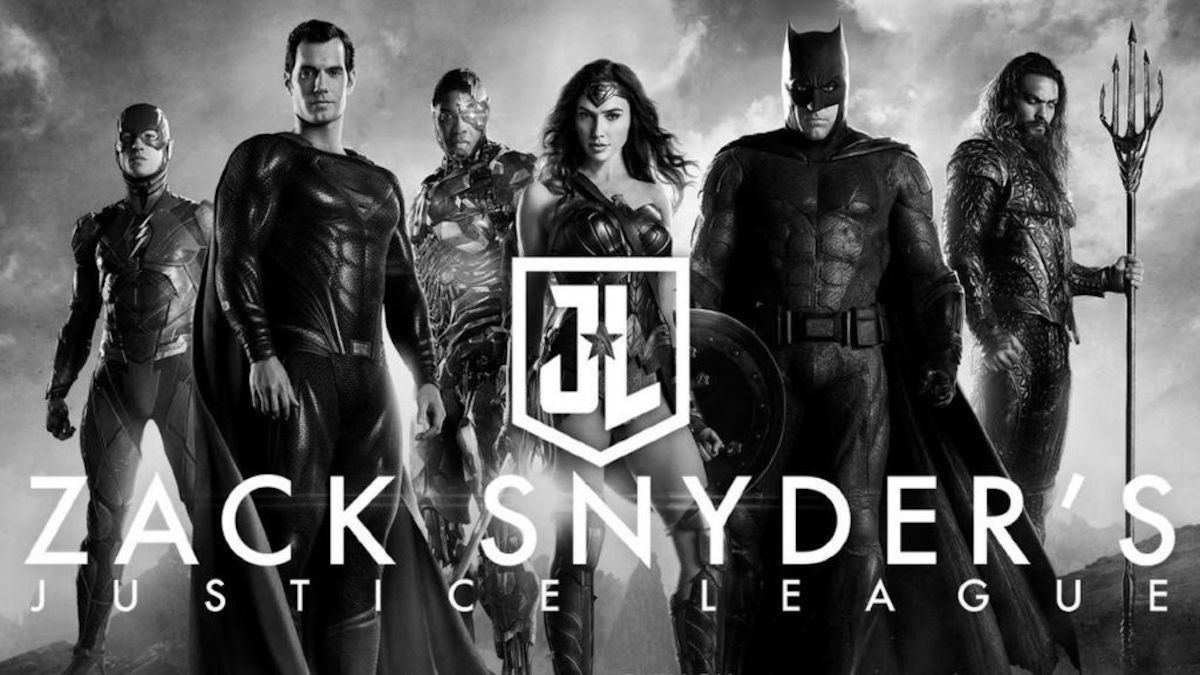 Look, Zack Snyder’s Justice League is just a hair over four hours long, and if I were to sit down and write about all the changes from the original 2017 “Whedon Cut” I’d be here all day, so lets just get right down to brass tacks.

This is essentially a brand new movie.

I fully expected to be completely put off by Zack Snyder’s Justice League. I had a hunch that it would be four hours of pretentious trash, overripe with extended slow-mo scenes and strange dramatic sequences that didn’t make sense…

…and there’s some of that, to be sure, but not nearly as much as I figured. What there is, though, is just enough, and at just the right times.

Things that are FIXED in this version (and this list is nowhere near all-inclusive): A bunch of the cheesy stupid dialog that had no purpose and no place is just gone. Thank god. Barry Allen’s “What is brunch?” lines, just little bits and pieces here and there that you go, “wait, that was different, or silent now….” I feel like some of the CGI has been tweaked to fix the parts that used to give me that “there’s something wrong with this” vibe, especially where Cavill’s upper lip is concerned. The parking lot plot hole scene is FIXED FIXED FIXED thank you Jesus. The stupid Aquaman “Beefcake” scene is still there, but with different music, timing, and it just feels like a different scene now altogether.

There’s a literal crap ton of scenes like that. Where you remember seeing it in the 2017 version, only now, its better. Cleaner, more to-the-point, more relevant to the story. Dialog changed, removed and added, very subtle edits all over the place. Or entire scenes that are simply removed altogether, like Batman’s initial scene fighting the parademon on the roof. It’s just gone. Almost all nods to BvS during the “wake up Supes” scene are just gone, too. Which I’ll admit, cleans things up, makes it seem less “petty” on Superman’s part, and yeah, I don’t miss it. Overall the writing in Zack Snyder’s Justice League feels like its a complete 180, even though a lot of it is the same. It’s strange, really. And yeah, he put a few F-bombs in there, I guess just for the F of it.

Entire sequences, too, have had their color grading changed significantly. The entire nuclear reactor scene, in addition to losing the entire plot with the civilians that need to be evacuated, has been rendered a lot more “realistic” and just appears as a night-time scene, with orange “energy” highlights, vs. the red-orange sky and purple highlights. Oh, and the strange tentacle things are just gone, too.

Zack Snyder’s Justice League also doubles as Victor Stone’s aka Cyborg’s origin story film. Whereas before its just kind of like “oh hi I’m cyborg!” we get the whole nine yards into his character. I can definitely see where Ray Fisher might be a little PO’d about where Whedon took, or rather didn’t take, the character.

Unfortunately Aquaman’s interjections are still in there. However, and this may be completely false, but it felt like there was some audio wizardry at play that “toned them down” so they didn’t sound quite as silly. The “alright!” and “my man!” scenes in particular. The “Legolas” scene is also still there, but likewise it felt like it was tweaked enough to make it less obvious.

The addition of the entire Darkseid plot provides some much needed depth to the DC universe. Instead of “surprise I’m Steppenwolf, I’m born to be wild and shit” where we really have no idea who this big horned dude is or what he’s doing exactly and why…. Now we get a full exposition explaining the “mother boxes” and why they’re here, and why Steppenwolf is trying so damn hard to get them.

Some additions, though, felt just slapped on there for the sake of the fanboys. The “Martian Manhunter” for example, and the Joker business at the end. Unless they plan to follow up with this in the next Justice League installment, (and after this there better be one, keep reading…) I fail to see the point of introducing this at all.

The 4:3 aspect ratio thing is initially distracting, but you quickly get used to it. I get that it’s probably more related to the upcoming black-and-white version, and making it look and feel more like a 1930’s or 1940’s movie than anything. I mean, to be fair, most of this movie is so dark and muted in color that it won’t be that much of a stretch. I don’t believe that this change has anything to do with IMAX or “making the characters seem taller” but everything to do with the upcoming “Justice is Gray” edition.

But DC, if you really want to even attempt to compete with Disney and the MCU at this point, you NEED to take THIS movie, figure out the next step, and RUN RUN RUN with it. A Flash origin story, continue this Darkseid “Anti-Life” plot thing. Hell, take the Lex Luthor / Deathstroke shit and turn that into a proper “Hall of Doom” type of thing. Bizarro Superman, Braniac, Sinestro, shiiiit throw in a Mxyzptlk for fun. But you’ve let the cat out of the bag and actually set things up to maybe, possibly, be good, and quite even at least a contender to compete with the MCU. Pretty sure THIS is what the fan base wants to see happen.

Problems? Yeah, the length itself is problematic. This could have, and probably should have been a two-parter. But it is what it is, right?

There’s a scene early on when Aquaman goes back into the sea, where the villagers all line up and spontaneously break into song while they pick up his gourd and shoe, I mean his sweater. It’s just way too long. There are some scenes like that, where we swell on a moment for far too long.

And that entire ending “dream sequence” thing with Jared Leto’s Joker. Honestly I just sat there watching this going “um, okay, sure, what?” After spending three and three quarter hours watching a movie that simultaneously removed all the fluff and filler, while adding so much more… this felt like a waste, and a purely indulgent scene on Snyder’s part. …. and speaking of Bizarro Superman…. was it just me or? yeah. Yeah. Come on, Warner Brothers, do it.

The Atmos audio track is definitely an improvement, too, as is the completely revamped score. Listen carefully and you’ll hear Wonder Woman’s music at key points, which I don’t remember hearing in the 2017 version. Missing though were the obvious cues to John William’s original Superman score that were present in that version. Maybe I just didn’t hear things correctly, hard to say. Kind of like Willem Dafoe’s role as Vulko the Atlantian. I was like “wait, was he even in the other version?” (I just checked, he wasn’t)

Final verdict? I gave the original “Whedon cut” of Justice League a 2.7. This is no doubt a vast improvement over that. It doesn’t have that “we have the avengers at home” feeling of that one.

I’m going to go with a final of 3.9 for Zack Snyder’s Justice League. Yeah, I could maybe go higher, but I’m still not 100% on board with DC’s vision. Especially after this. I just don’t have the confidence that Warner Brothers will recognize that this is the superior movie going forward, and that the bar has been raised significantly. Any new DC films will have to contend with the legacy of this film, and that’s gonna be a tall shadow to peek out from under.

I’ll be waiting to see what the black-and-white “Justice is Gray” edition looks like.

Not gonna lie, I feel like I need to watch it again to make sure I didn’t miss anything.