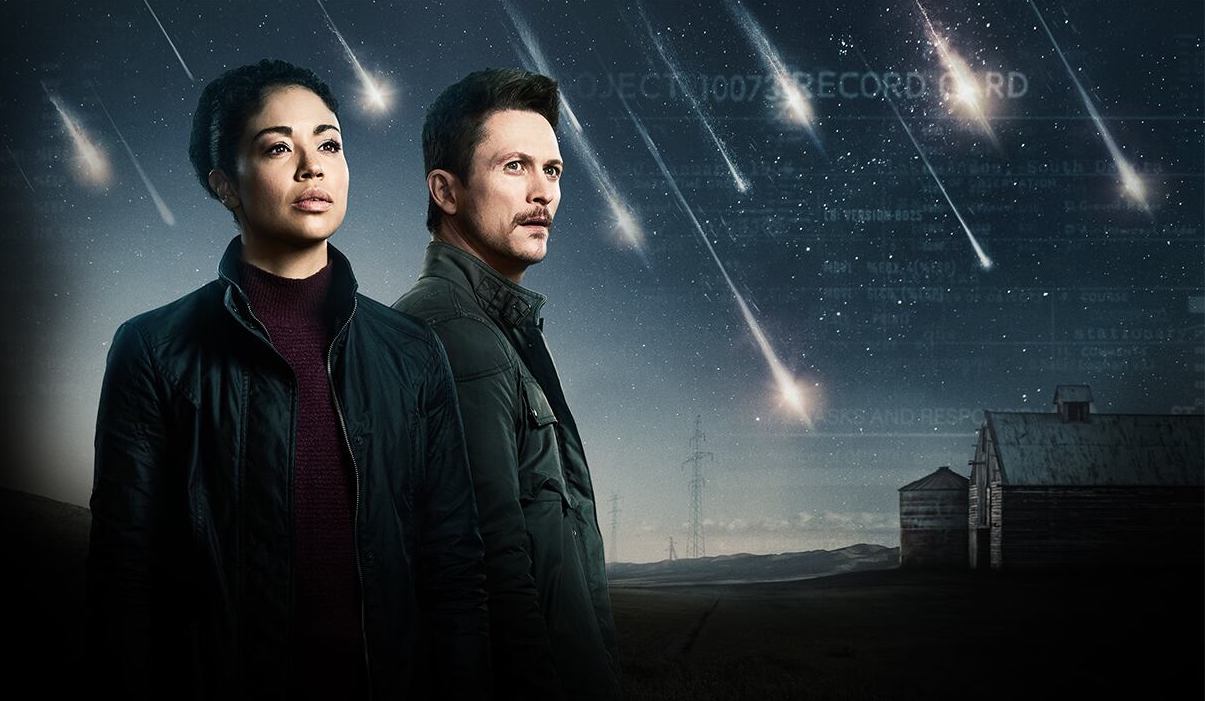 From the mind behind Fringe and Almost Human, J.H. Wyman comes Debris. Starting tonight on NBC, its billed as:

When mysterious wreckage starts falling from the sky, a secretive international agency is tasked with figuring out what it is, where it came from, and most importantly… what it can do. British agent Finola Jones and American agent Bryan Beneventi are partners who have very different styles – she’s warm, intuitive and detail-oriented, and he’s charming, confident and guarded. But they have no choice but to trust each other as they track down the debris scattered across the Western Hemisphere. Each fragment has unpredictable, powerful and sometimes dangerous effects on the everyday people who find it. Every discovery is also a race against time, because shadowy outside forces seek these objects for nefarious purposes.

Click the play button up above for the trailer. It looks interesting enough, and hopefully lives up to the minimal hype it’s received. Unfortunately unless it’s a takeoff hit, it’ll probably end up cancelled and forced to live out its life on “Peacock” whether or not it gets renewed in any form. Here’s hoping I’m wrong.

Review of Episode one will be either tonight or in the morning, depending on how ambitious I feel.