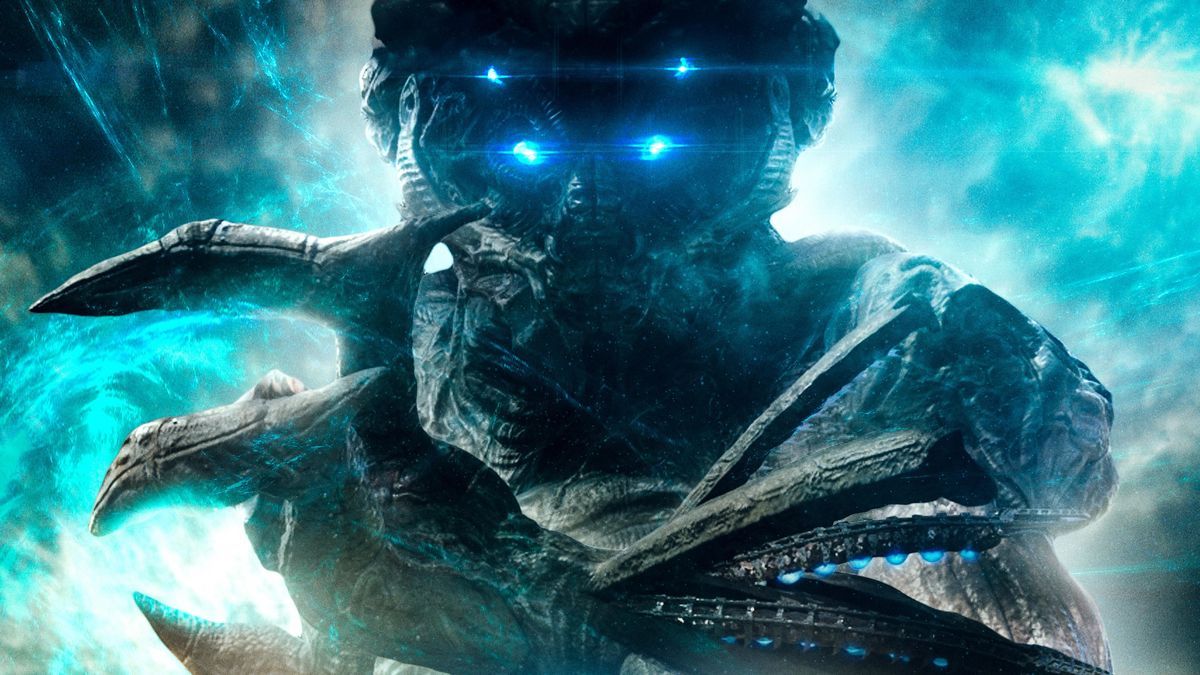 1.9
Beyond Skyline at Amazon

Like I said in my Skyline review, Skylin3s (plural with the 3) is coming out this Thursday on Netflix, so I wanted to know what this trilogy was about. The first Skyline was your average alien invasion monster movie, it actually wasn’t all that bad. But Beyond Skyline?

Good lord, this movie is just all over the board. Where the first movie was a nice tight little focused story. Beyond Skyline tries to be everywhere, literally.

So we start this story, following one LA Cop Mark (Frank Grillo) and his son Trent (Jonny Weston). They’re on a LA Subway train driven by Audrey (Bojana Novakovic) when the same alien invasion from the first Skyline movie happens. We even see many of the exact same sequences, like the nuke drone attack. The difference here, though, is Mark, Trent, Audrey, and a blind veteran named “Sarge” (Antonio Fargas) find themselves on board the spaceship.

Mark finds Elaine, from the last movie (although a different actress, which left me a bit confused for minute), who is about to give birth to her and Jarrod’s child. Alien Jarrod shows up, too, just in time for the birth, which Elaine doesn’t survive. Jarrod agrees to help get them off the ship, if they take the kid.

One thing leads to another, yadda yadda, etc. Trent gets his brain sucked out, but like Jarrod maintains his identity, Sarge gets himself mortally wounded, Jarrod kills himself in an explosion that causes the ship to crash, but wait! It’s not over LA any more, its over (drum roll please) Laos. Random choice, but OK.

This is where I almost said, “What the actual fuck” quite loudly and gave up on this. They run across two Laotians, Kanya and Sua, who are merely surviving the invasion, and fighting off the local police. Oh, and they know kung fu. No, actual like Jet Li-wannabe kung fu shit.

Yep at this point, I’m like “you have GOT to be kidding me.” Suddenly we’ve gone from an alien invasion movie, to some random kung fu jungle adventure.

The kid it turns out is actually part alien, and when they get her back to the super sekrit temple lair, she’s already like 5yo or whatever, and has glowing red eyes occasionally. OK, cool I guess.

The aliens want the kid back, too, so a huge fight sequence ensues. The kid finds a power source, turns it orange like Jarrod and Trent’s lights, and causes a huge event that “turns” a bunch more of the human brained aliens back into good guys. Alien trent kills Alien Leader and the planet is saved.

Oh and the kid gets named Rose, has some alien abilities, and ten years later takes off into space to “take the fight to them.”

Yeah, after the strong but not terrible showing of the first Skyline, Skyline Beyond was a major disappointment. The movie was just all over the place, it just felt so random and rushed. The acting was definitely a step down from the first, sorry Frank. I mean, come on. Then the whole Laotian jungle kung fu fighting stuff, just who the actual hell wrote this?

Top it off with a ton of corny one liners, really bad graphic scenes like where one of the Laotians gets his arm ripped off, and a ton of awful slow motion scenes…. Just, I can’t, I just can’t.

I have to just say screw it and throw Beyond Skyline a 1.9. Seriously it was not great, it wasn’t fun, it wasn’t interesting, it was just one fight after the other, guns ablazing and high kicks galore. Not my bag. I’d rather have the monster movie.