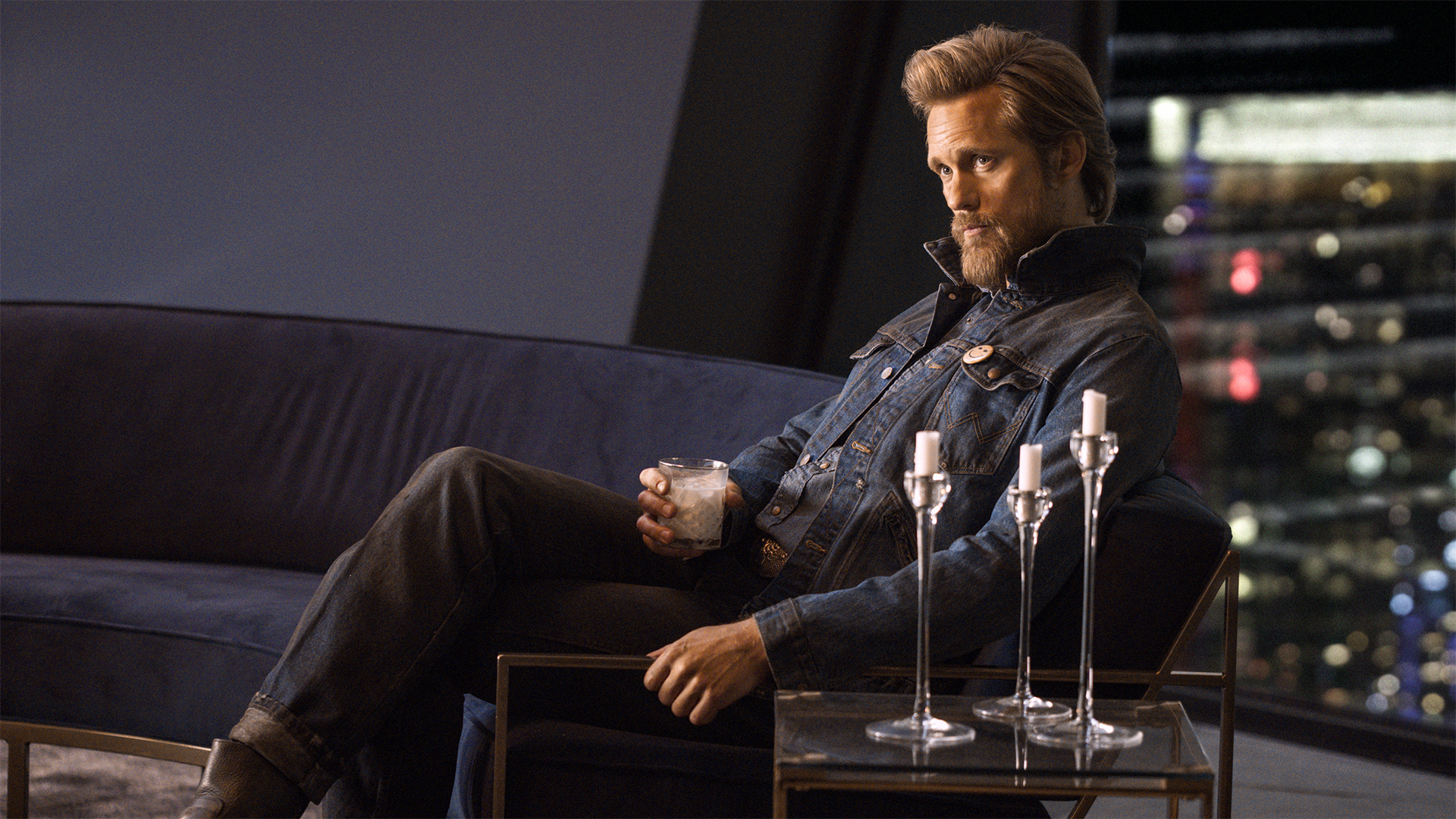 This week, the “limited series” The Stand finished up on CBS All Access (soon to be Paramount+), so guess what, its time for a review!

Honestly I am just disappointed with this. For a few reasons, but lets run this thing down first, ok?

So in an actually relevant plot, the world is being ravaged by a new, terrible disease affectionately known as “Captain Tripps”… and I’ll be honest I have no idea where this name comes from, if it was in the book or what I don’t know.

Oh, I should probably mention that yeah, I did read The Stand, but literally 30 years ago and since I’ve slept a few times since then, I was fuzzy on most of the details.

Anyway, Tripps is killing people left and right, and a band of immune people have been called, in a series of dreams/visions, to Boulder, Colorado by a kindly old woman they call Mother Abigail (Whoopi Goldberg). I could spend pages trying to explain and introduce the main characters (you’ll just have to watch it or read the book) but these people include: Stu Redman (James Marsden), Franny Goldsmith (Odessa Young) , Larry Underwood (Jovan Adepo)… oh and Nick (Henry Zaga), Ray (Irene Bedard), and Glen (Greg Kinnear).

Franny and her neighbor, Harold (Owen Teague) make the trek on their own, with Harold continually getting creepier by the minute. Then there’s Larry, who wastes an entire episode messing around in New York city before he meets Nadine (Amber Heard) and Joe (Gordon Cormier) for their journey…

And eventually BAM they’re all at Boulder, Franny’s pregnant with Stu’s kid and they’re making a new world for themselves and the survivors. WAIT HOLD UP. Yeah I’ll get there.

Meanwhile, The Walking Dude, The Man in Black, Darkman himself, Randall Flagg (Alexander Skaarsgard), the very embodiment (literally) of evil in the world, is out collecting a ragtag band of followers to set up his new empire in Las Vegas (duh, where else?) He frees failed stickup artist Lloyd (Nat Wolff) from prison to be his right hand man.

*Catch my breath* Did I forget anyone? Immediately we see one of the main problems with this “mini” series. This thing was nine episodes long, and honestly it needed to be a full 20 if not 23 like they used to do it. If for no other purpose but to give room to properly develop all of these characters, their backstories, and their roles in the bigger picture… Oh, and these are JUST THE MAIN ONES. There’s at least half a dozen more characters than are necessary for the story, and some of them are even given precious screen time for a brief back story, but then ultimately discarded leaving us going “wait what? that sucks.”

The back stories we are given, often make no sense and have no bearing that I can see on moving the ball forward. I already talked about Larry Underwood’s trek through New York City. Sure he has to get out of there somehow, but we really didn’t need the side trip with him and this other girl.

Other characters, like Lloyd, didn’t really need a back story at all for this series. I would have been fine with Flagg just having a toady named Lloyd who just eventually gets taken out by a falling beam in a 2 second shot. We didn’t need to waste time on him!! Really!

We could have used that screen time to further explore other things. For example, the brief but ultimately pointless side story where Flagg knocks up Nadine, who then starts to look like a reject from The Nightmare Before Christmas, and then mysteriously just jumps out the window taking her and the kid out of the picture, literally. I get that it was probably supposed to imply some parallel between this kid and Stu’s and Fran’s kid…. but NOTHING CAME OF IT. We have this weird scene where Flagg seduces Nadine in the desert, then she’s magically balloonish, then she takes a header. About that quickly. So many scenes and characters like this that are introduced, built up, and given a small role. Dayna being another. We spend screen time on her background and how she gets here, just to have her kill herself rather than give up Mother Abigail… Just, why did we bother?

Then there’s Ray and Glen. I think Nick had a brief back story (and then just as quickly removed from the picture)…. but these two really don’t even get any kind of intro, and they’re supposed to be part of the “council” or whatever. So Dayna gets a backstory but Glen and Ray don’t? Okay….

A better explanation of the whole fight between good and evil, Flagg vs. Abigail, etc. would have been a good option, because at no point really ever are we concerned about it. Nothing about The Stand makes us care about the potential armageddon.

So the ending, yeah. This mysterious cloud/storm thing envelopes the casino that Flagg and his minions have occupied, just as they’re getting ready to execute Ray and Larry (who was just along for the ride, really, it seems.)…. And a bunch of lightning kills all the toadies (see: Lloyd), envelops Flagg, and sets off the nuke that this goofy kid named Trashy (Ezra Miller) brings back.

Yeah, there’s an awful lot that needed to be here to fully explain everything. ALL of these characters have an important part to play, and either those characters are wasted in box-checking moments, or the important events just happen and then we have to move on.

Like I said, time wasted on pointless character development than should have went towards the story. OR you use more time to build it ALL up.

Then there’s the last episode. Like I said its been 30 years since I read the book, but even so I was like “I have no memory of this place….” And sure enough, Stephen King himself wrote this episode, as an epilogue of sorts. I had to do a bit of research to see what was going on, but he wanted to give Frannie the proper closure to the story. To give her “a stand” against Flagg.

The re-incarnation of Abigail? … Makes you wonder if the man himself has further plans for this story. Maybe its not over? If its not, I hope he either writes a simpler, more screen friendly story, or they actually devote the time and resources necessary to tell it all properly.

I know I glossed over A LOT up there. But that’s kind of how this whole series felt, was that somebody wrote an outline of the book and they just check off boxes in a particular order, glossing over bits and making us not care much about any of it.