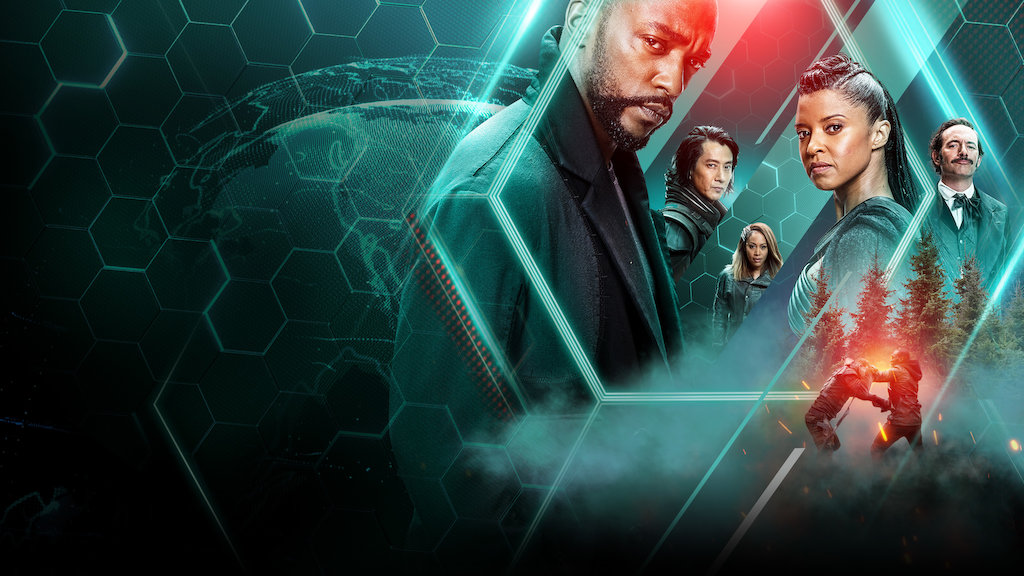 Where Season 1 of Altered Carbon was a nearly perfect exercise in modern scifi, Altered Carbon Season 2 is but a pale imitation. An imposter that lets you think its gonna be just as good, but never ever quite gets there. Let me explain.

30 years after the incidents in Altered Carbon Season 1, “The Last Envoy” Takeshi Kovacs finds himself resurrected yet again, this time in a new “sleeve” (Anthony Mackie.) But this isn’t any ordinary sleeve, though, its a super bionic enhanced extra plus-plus military sleeve with all sorts of built in defenses, instincts, and…. Wait, I thought Kovacs was supposed to be a super highly trained assassin warrior type and DIDN’T NEED ANY HELP LIKE THIS. Strike one right off the bat, guys.

But I digress, he wakes up in this new sleeve to find the Meths who brought him back attacked and killed by a mysterious cloaked figure, a fact he doesn’t remember until later. He was spared where everyone else was killed. Did I mention we aren’t in Kansas anymore? We’re off on “Harlan’s World” which is where he and his sister from Season 1 were born and raised… Also convenient. Only now the place is being run by Danica Harlan (Lela Loren), daughter of the original founder.

Oh yeah, see there’s this bounty hunter named Trepp (Simone Missick) who found Kovacs in his last sleeve as a job for Horace Axley (Michael Shanks) the dead Meth he wakes up next to….

Poe (Chris Conner) is still around, sure, attached to Kovacs via his emitter. And he’s still glitchy and having problems because of course he is.

Long story short, turns out the mysterious cloaked figure is none other than the formerly deceased Quellcrest Falconer (Renee Elise Goldberry) herself, having some serious personality fragmentation issues, and killing these “Founders” without even realizing it.

Predictably, Falconer and Kovacs get reacquainted with each other, and they of course team up to find who is behind these meth attacks and why.

Surprise, the military shows up, because this new sleeve of Kovacs is technically military property and blah blah blah. Oh and Col. Carrera (Torben Liebrecht) is actually Jaeger in a new sleeve. So there’s that, too.

But wait, theres’ more… Carrera/Jaeger brings back the original-original Kovacs from back in the CTAC days (Will Yun Lee) from an old, pre-Reileen backup of Kovacs’ stack, and sets Kovacs 2 on the hunt for Kovacs 1… Which ends about like you’d expect it to, with both Kovacs fighting with each other. This is a highly illegal operation known as “double sleeving” and its dealt with a couple of times in Season 1, with great effect. Here its just Jaeger being a revenge-minded prick.

Things unfold, people die, they finally figure out that its an Elder co-inhabiting Falconer’s stack, and getting revenge on the founders for taking the planet and killing his people.

Damn, I spoiled it, sorry. Only not sorry because after the amazing complex, interesting, and amazing jigsaw puzzle that was Season 1, this is just a pale imitation, with a few familiar faces.

Lets just start with this new sleeve of Kovacs. How do you spell blatant plot device? Was this really necessary? I thought the whole point of being an Envoy was that you didn’t need a special sleeve. All the training and superpowers you have are in your mind, or your stack.

Then there’s this whole Carrera/Jaeger thing. Again, predictable and really does nothing for the story except set up a fight in the end.

Season 2 just doesn’t have the visual punch and dare I say familiarity that borrowing from the scifi classics gave Season 1. Harlan’s world is a pretty boring place to look at. Some crappy back alleys, the new hotel (and a new AI, too, with mining program Dig (Dina Shihabi)) … a cave, a lake… and that’s pretty much it. Even the few rooms that remain didn’t have the attention to production that Season 1 had. Just “hey make some shit look futuristic and that’ll do, ok? I dunno, just some random tech shit and lights, make it work!”

It tried hard to approach the complexity and weave a tangled tale like Altered Carbon Season 1, but when you boil it down, its just a pair of revenge stories. The Elder trying to kill all the Founders, and Carrera/Jaeger trying to bring down Kovacs yet again. Yeah there are a few side plots, and they dredge up stuff from Season 1 for really nostalgia only…. but its not enough.

Maybe it was inevitable that Altered Carbon Season 2 couldn’t live up to the previous iteration. When you come out swinging like they did, you don’t have a lot of room for improvement. Instead they chose to try and do something different, instead of just using what worked, and I don’t think they got there at all.

Don’t get me wrong, though, its still pretty good, just… after binging all of Season 1, this was just like “oh. that’s it?” It was a let down, pure and simple. When it was all over, all I could do was go “eehhhhhh, ok, I guess….”

With that in mind I’m going to give Altered Carbon Season 2, a 3.1 / 5. Still above average, but not by a whole lot, and I have to deduct points for letting me down like it did.

Honestly I would just watch Season 1 and forget about 2. Don’t even get me started on this anime movie they just released, I’m not watching it. I had to force myself to watch “The Clone Wars” and “Rebels” and while I’m glad I finally did, I just don’t much care for most “animated” crap that comes out today. I guess they did this because Netflix gave any more seasons of Altered Carbon the axe. Apparently I wasn’t the only one who thought this went the wrong direction.