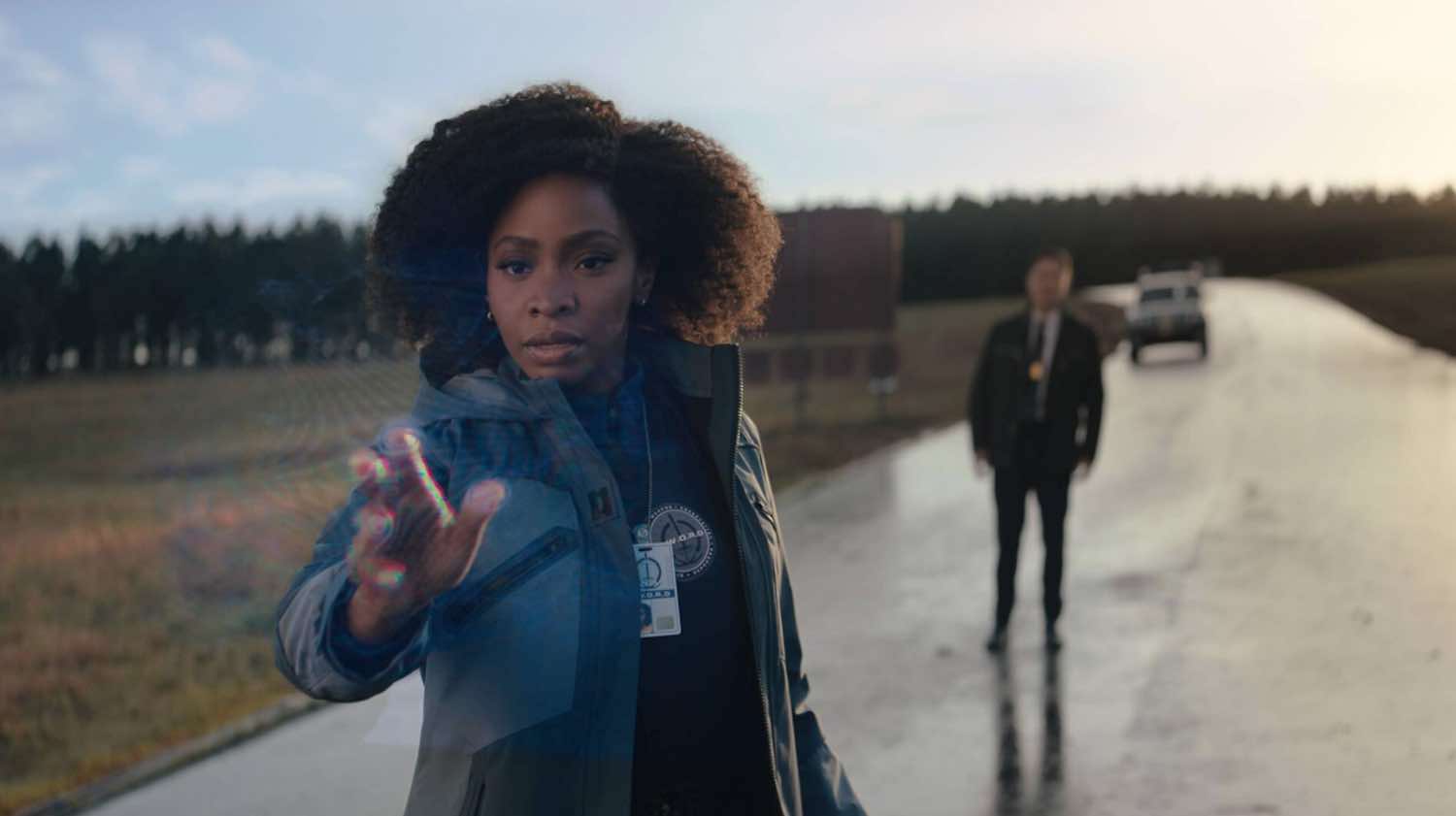 WandaVision Episode 4: We Interrupt This Program

… can just go jump right off the top of the nearest building. Because with episode 4 of Disney+’s WandaVision, the pieces are finally starting to fall into place, the bigger picture is starting to be revealed.

And I don’t want to hear another damn word out of you. Go watch “The Rock” or “Con Air” if all you want is insipid action scenes and explosions and shit.

In “We Interrupt This Program” the curtain is finally pulled back and the wizard (or witch in this case) is finally revealed. We find ourselves in a hospital, directly after “the snap” was undone by Tony Stark, and people are literally re-materializing out of thin air. One of those is Monica Rambeaux, daughter of Maria Rambeaux, who we met back in the 1990’s when she and Captain Marvel went into space and…

Turns out she was a key player in SHIELD’s sister division, SWORD. Which stands for Sentient World Observation and Response Department. Where SHIELD concerns itself with matters right here on terra-firma, SWORD is “looking to the stars” and monitoring the threats (and allies) from outer space.

Also present are FBI agent Jimmy Woo (from Ant Man) and a familiar face from the first two Thor movies, astrophysicist Darcy Lewis. She figures out that this television broadcast is coming from inside the town of Westville, New Jersey. A town that shouldn’t exist (even though it has an exit sign on the freeway, but ok I’m flexible.) She spots Monica as Geraldine in one of the shows, and sets up all the WTF moments we’ve seen so far. The talking radio, the colored helicopter, and even the ZOMG so mysterious “Bee keeper” dude that everyone was speculating was some evil Marvel villain…. turns out he’s just a dude that got sent through the sewer system and transformed his hazmat suit into a beekeeper suit.

Or is it just that? Is it really?

Look, here’s the deal. This episode was exactly the thing this show needed, at exactly the time it needed it. People were starting to really get concerned about the direction of the show. That this TV sitcom shtick was just some gimmick. What did I say back after episode one and two? What did I say?

And I think I was right.

This episode wasn’t particularly ground breaking in what it revealed. Those of us who “read ahead” even a little bit knew what was coming. There were lots of little surprises and tidbits to be found, no doubt. The way it was tied back to “the snap” and what might have happened when everyone came back was just way cool.

Couple of things though. There’s a guy that Monica runs into in the hospital, it looks like he was hiding his face and it looks like that was quite on purpose. There’s no way that scene was just a throwaway. Who is that guy and why did they make it a point to 1) call out the “collision” like that and 2) obfuscate his identity? Yeahhhhh that’s gonna be a thing later for sure.

Here’s another thing I noticed over the last week, and I don’t know if its just 100% happy coincidence or if there’s actually something to it. I started watching Marvel’s “Cloak and Dagger” from a couple years back on Hulu, and immediately noticed something about the Roxxon Corp’s literature in a few scenes….

Hexagons. There was a scene or two that involved some Roxxon company literature and the logo and imagery was filled with six-sided splendor. With WandaVision’s throwing hexagons around like there’s no tomorrow, and Roxxon featuring quite prominently in the trailer for the upcoming Loki series….

… but yeah, my brain went there. Ooooh and if you’ve paid attention to any of those scenes where our space-based heroes were warping around… you’ve seen hexagons there, too. Yeah.

So as I’m writing this and I went to do the recording for YouTube, I’m just going to go ahead and cut this short and leave you with this:

Basically I’m not going to go through the “episode recap” business where I try to pick the thing apart and find 14 different theories and 1534 easter eggs. I’m saving the last half of the series just for me, and when we get to the end I will publish a post/video over the entire series, back to front. I really don’t want to have to get in the habit of watch show-immediately record/edit/publish every single time. I have other things to do than be beholden to a TV schedule.

So stay tuned for the big WandaVision post after the final episode!